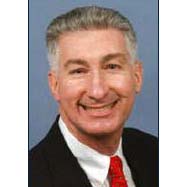 Dr. Drew Lombardi is a Diplomate of the American Board of Orthodontics. He is a graduate of the University of Pennsylvania and received both his dental degree and specialty Certificate in Orthodontics from Fairleigh Dickinson University School of Dentistry. As an assistant clinical professor, he taught orthodontics to both dental and post-doctoral students at the F.D.U. School of Dentistry. He lectured to pediatric residents at the Jersey City Medical Center on craniofacial anomalies in children and early treatment modalities.

Dr. Lombardi is an Eagle Scout who has contributed to our community as a little league coach, Cub Scout leader, and Boy Scout merit badge counselor. As a lifelong nature enthusiast, he enjoys varied outdoor activities with his family such as sailing, snorkeling, skiing, and horseback riding. He has contributed to the dental health of our community by providing free dental exams to grade school children in local towns.

As a forensic dentist/orthodontist, Dr. Lombardi volunteered at the NYC Office of the Chief Medical Examiner to identify the victims of the 9/11 attack at the World Trade Center and the American Airlines flight 587 that crashed in Queens in November 2001. He currently serves on the NJ Dental Victim Identification Team, which is called upon to respond in large disasters throughout our state.